Tripawds Supporter sites have no ads!
Skip to content

Hi everyone! I will most likely post another post in the forums for some more advice, but I have some upsetting “news”. Nothing is definite yet, but there is another lump on Bentley’s remaining back leg close to the spot of the last tumor on his amputated leg and it’s starting to look like the first tumor as well. We got a cytology done and it came back inconclusive (of course) so we have an appointment with the surgeon on Thursday to decide to remove it or just take biopsy. It’s still small, but is growing everyday. I really hope it’s not another tumor because he has been doig chemo and i wouldn’t want that to have just been a waste. He is so happy though it’s hard to believe anything is wrong with him. He has a better life than me I think- gets homemade meals, goes swimming, gets accupuncture, and lots of love from everyone he passes on the street. I got through one tumor before with the help of this wonderful tripawd community so I know I can do it again. Nothing we can do now until Thursday but at least I’ll get some peace of mind finally knowing what it is. 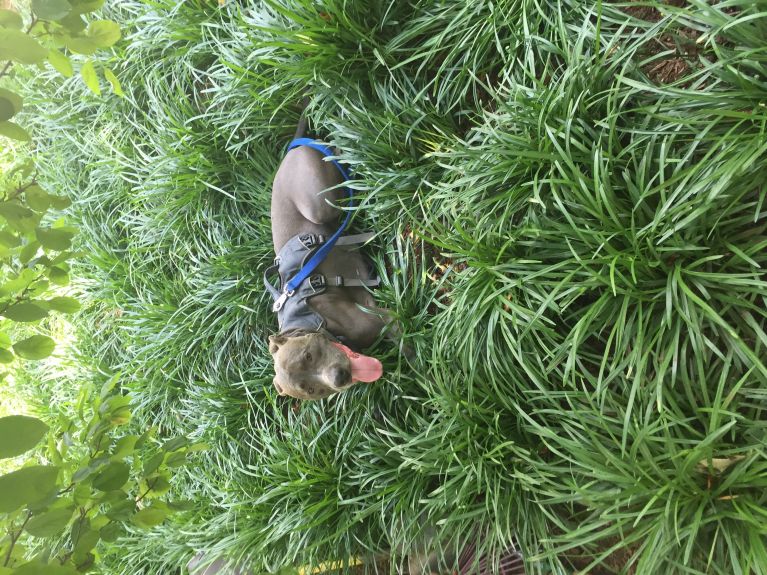 To remove ads from your site and others, upgrade to a Tripawds Supporter blog!

Bentley is a 3 year old pitbull and was rescued when he was 6 months old. He has delt with mange, ringworm, being attacked, TPLO surgery from a torn acl and now dealing with histiocystic sarcoma. He joined the tripawd club on April 13, 2016! Despite his health challenges he's as happy as can be! Follow his progress in his blog on here and on Instagram @honeyb_bentley Xo View all posts by honeybbentley

About Your Tripawds Blog:

New Tripawds Bloggers: Please review your default first blog post at left for lots of helpful links for getting started with your blog or review the Help Videos in your dashboard. Edit these widgets from your Appearance settings to remove this notice, upload a custom header photo, or choose from 130+ themes, and much more!

Bentley the Pibble is brought to you by Tripawds.
HOME » NEWS » BLOGS » FORUMS » CHAT » YOUR PRIVACY » RANDOM BLOG


Tripawds Supporter sites have no ads!